“Global Voices, the community – an aproximation”

Juan Arellano is the editor of Global Voices in Spanish. This post was originally published on Periodismo Ciudadano.

It is likely that you, dear reader, know about Global Voices. Accessing GV is easy, you can do it via the url globalvoicesonline.org or if you prefer to read us in Spanish via es.globalvoicesonline.org. But Global Voices is more than a website, it is also a vibrant online community of volunteers with diverse interests and backgrounds: bloggers, translators, entrepreneurs, activists, geeks, and others who love what they do and especially enjoy getting together whenever they can. This brief opportunity to meet face to face happens only once every two years during the Global Voices Summit, and during those few magical days the GV community members sleep very little and instead spend their time talking over drinks or coffee and logically connected to their laptops, netbooks and / or cellphones, sometimes to more than one of these gadgets at a time.

Those who are not part of GV and attend these meetings have witnessed the previously mentioned dynamics, yet are simply left guessing how this little babel of languages, ideas and purposes is managed without losing its ‘vision’ in a great sea of differing perspectives. Andrew of Engage Media touches on this in his recent article about the Global Voices Summit held in Santiago, Chile between May 6th and 9th. “The summit was impressive in demonstrating how well Global Voices has been at building a large online community” and also says: “I'm still learning how governance happens at Global Voices, and would love to have been a fly on the wall at the two days of internal meetings that happened after the conference.

Well Andrew, I would tell you … but Ethan Zuckerman, a co-founder of Global Voices has written a post that has much to do with this and other topics as well: Global Voices: Love and money. In his post Ethan says that in his view the theme of the GV Summit was “Love or money?” Referring to the problem of multilingual internet, how to face it, how GV is a pioneer in this, and the paradoxes that arise when thinking about whether it's even economically feasible: “It takes thousands of people to produce the content that shows up in a month’s worth of Global Voices stories, and only a couple dozen are compensated fiscally. … But most of the compensation is in love, not money. People work on Global Voices because it’s a chance to represent their community to the wider world … They do it because they’ve fallen in love with the mission, or the people behind the project, or the joy of doing something more meaningful than what they do every day at work.”

This is not the only thing that Ethan says, he sets forth a practical example of how decisions are made within GV: “I’d been interested in the idea of GV launching a translation service because I thought it would provide opportunities for our talented and undercompensated translators to make money using their skills. Several translators pushed back against the idea – they translate for GV because they’re fascinated by the content, because they enjoy choosing what they work on, because they’re able to take the time to do a careful, thorough, loving job. Adding money to that equation could – would? – break what works.”

Ethan continues by mentioning the case of GV in Italian which negotiated a deal with a local newspaper to publish content from GV. “I was thrilled to hear about this deal” However: “Other members of the community disagreed. By offering our content to newspapers, aren’t we just letting papers lay off more staff who’d be dedicated towards international coverage? Is it fair for an organization that runs on money to rely on content produced by an organization that runs mostly on love? Excellent questions. GV chose the most liberal of Creative Commons licenses – because we wanted other media outlets to have as few barriers to entry as possible if they wanted to use our content.”

“Was that the right decision? I don’t know. The closer I look at Global Voices through the lens of love and money, the more I realize I don’t know.” Ethan compares this sense of confusion with that which he has in front of his car, he lifts the hood, does not understand how it works, and feels reluctant to touch anything. “Is there an organizational physics of love and money that could be discovered and documented? Or are love and money quantum effects, where experimentation and observation are bound to change the underlying phenomena? So much I don’t understand. And so I close the lid and pray it just keeps working…”

It may seem strange that one of the Global Voices’ founders says he does not understand how his organization is being run. Certainly no one should know better, but I think Ethan is primarily referring to the internal dynamics of a community that can, and indeed have, led the organization on different paths than intended by its founders. The most striking example is Lingua. No one at GV planned that from the main English website would emerge 17 websites in different languages, with 12 more under different stages of development. This was an initiative of the GV community – and we should understand community here in the broadest sense of the word as it also includes web readers/users.

One of the most interesting, complex, difficult but rewarding discussions during our internal meetings was, guess which one? … The one about Lingua. We merely agreed that the same development scheme can't be applied to all Lingua teams. But aaahh… you should have seen the debate. The inventiveness, energy, passion displayed by each of the participants in those sessions were absolutely inspiring to me, and it made me tell myself the same as the good – and I hope now ‘not so confused’ – Gaurav Mishra writes: “This is where you belong.” Ultimately, that is what a community is all about, isn't it? 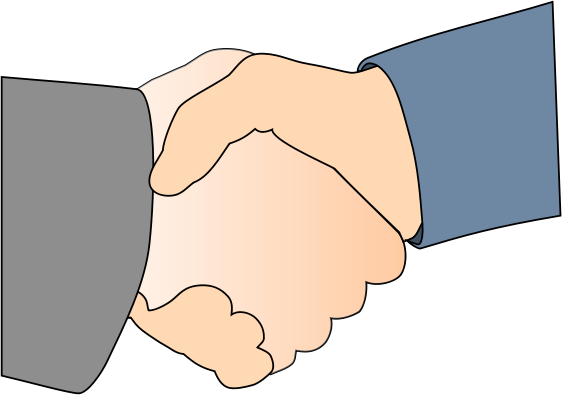